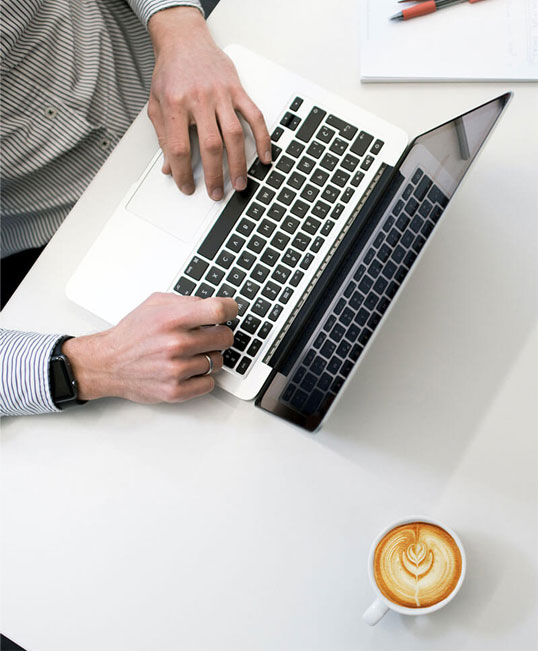 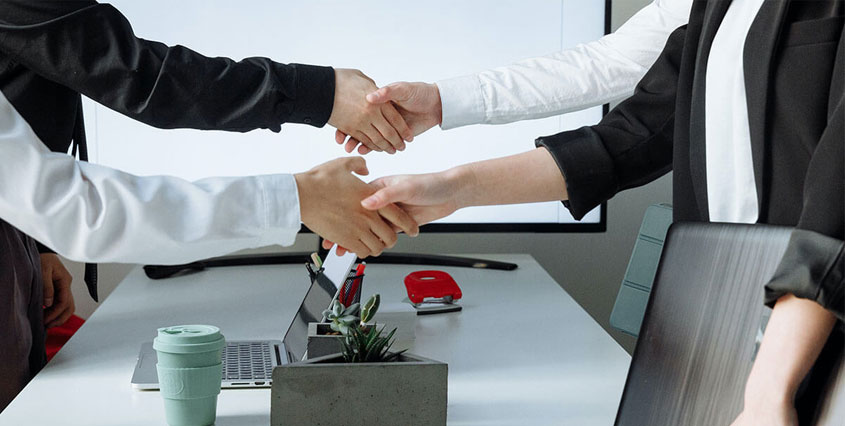 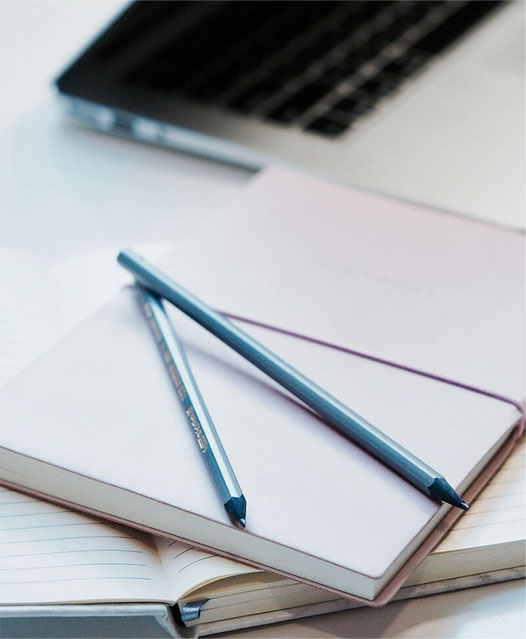 People do business with the people they know, like and trust.

Setting up business in Estonia – Issues to consider

Estonia is well known with its highly developed IT solutions in both public and private sectors and unique income tax system for legal entities. It is possible to register online a new legal entity (private limited company: osaühing: without making contributions for the shares upon foundation) in approximately 5 minutes and start doing business. (Portal for registering: www.rik.ee/en/company-registration-portal). As to the income tax system of legal entities, the taxable event has been shifted from the retained earnings (as classical systems do) to the moment of distribution of profit.

However there are a number of issues which you must consider when you are looking to set up your business in Estonia. This document takes you through some of the common questions we come across and gives you practical information about the issues you need to consider.

What type of Business Structure should we use?

There are advantages and disadvantages to all of them, and there is no one correct answer, it’s all dependent on your specific business circumstances and needs. A brief overview of the main structures is below:

Establishment (a branch of your overseas business)

How much Corporation Tax will the business pay?

Current Corporation Income Tax rate in Estonia is 20/80 calculated of the net amount of the distribution.

Corporate income tax is not a classical one, but rather profit distribution tax as the profit itself (whatever kind or from whatever source) is not taxable as long as it is not “taken out”. Upon distribution, tax is levied at a rate 20/80 (14/86 if dividends are distributed regularly, see below) of the net amount of the distribution.

The taxable base includes fringe benefits (those are not taxable in the hands of the receiver), gifts, donations, entertainment expenses, dividends, profits adjustments, non- business expenses.

Losses have no significance for income tax purposes and profit distributions are subject to income tax irrespective of the company’s accounting loss.

What if we use Estonia to set up our holding company?

Dividends paid by resident legal persons are generally subject to corporate income tax of 20/80 (see below about different treatment) . No taxation applies if dividends are distributed out of the dividends received from EU, EEA or Swiss resident subsidiary provided 10% participation threshold is met. In case of dividends received from any other country, exemption applies provided the dividends or underlying profits have been subject to some taxation abroad. If the proportion of shares is lower than 10%, double taxation occurs, unless dividends come from non-resident company. In latter case, holding can deduct the income tax paid or withheld from such income abroad from the income tax payable on dividends.

As the income tax system is built in such a way that the taxable event has been shifted from the retained earnings (as classical systems do) to the moment of distribution of profit, the articles of the tax treaties regarding dividends taxation do not apply to those dividends, as the object of the tax is profit itself and the liability to taxation occurs on the level of the Company, not on the receiver of the dividends.

There is no additional withholding tax on distributed dividends.

Dividends taxed as described shall be also taxable income on the receiver`s part and income tax shall be withheld at the rate 7%. To this (7%), the income tax treaty`s articles of dividends also apply.

Due to the special characteristic of Estonian income tax system, the system favours treasury companies. Any interest earned by Estonian companies is tax exempt as long as not distributed.

There are no thin capitalisation rules in Estonia. However, Estonia incorporated the ATAD Directive to Income Tax Law since 1.1.2019 and certain exceeding borrowing costs are taxable at the hands of the Estonian company.

From 1.1.2020 Estonia incorporated the ATAD 2 Directive on hybrid mismatch arrangements to Income Tax Law, therefore attention must be paid to that topic as well.

No exemption applies to disposals of group companies.

What if we make cross-border transactions between group companies?

Estonia follows internationally recognized Transfer Pricing (TP) rules where cross-border or domestic trading and financial transactions between affiliated entities have to be conducted on an arm’s length basis. The price and terms should be the same as if the transactions had been between completely independent parties.

As there is a distribution income tax, the system works a bit differently. If the price of a transaction concluded between a resident legal person and a person associated with the resident legal person differs from the market value of the above transaction, income tax shall be imposed on the amount which the taxpayer would have received as income or the amount which the taxpayer would not have incurred as expenses if the transfer price had conformed to the market value of the transaction. Tax rate is 20/80 as for dividends.

If one party of the treaty pays income tax on transfer pricing adjustment, the other party can distribute profit the same proportion tax free to eliminate double taxation.

Typical transactions between affiliated entities that are covered by TP regulations are:

TP regulations apply irrespective of the “size” of a entity, but only “large” entities need to undertake detailed TP analysis.

From 1.1.2018 new rules apply to hidden profit distributions by loans. A resident company shall pay income tax on a loan granted to a shareholder, partner or member of the company if the circumstances of the transaction refer that this may constitute a hidden profit distribution. In the case of a loan granted to a parent undertaking and to another subsidiary of the same parent undertaking, except to a subsidiary of the lender, the repayment term of which is longer than 48 months, the taxpayer shall have the obligation to prove, at the request of the tax authority, the loan repayment ability and intention. The tax authority shall grant the company a term of at least thirty days for submitting such proofs.

If the loan nevertheless will be returned, the legal basis for the payment of tax ceases to exist and a taxable person may submit a claim of refund arising therefrom within three years.

What Employment Taxes and Social Security will need to be paid?

If an individual is resident in Estonia, then they are subject to Estonian tax laws.

A natural person is a resident if his or her place of residence is in Estonia or if he or she stays in Estonia for at least 183 days over the course of a period of 12 consecutive calendar months. A person shall be deemed to be a resident as of the date of his or her arrival in Estonia.

We would advise any new entrant to Estonia or person who spends time working in Estonia to take professional advice to determine whether they are Estonian tax resident.

In Estonia, there is formally a flat income tax system and tax rate is currently 20%. Nevertheless, from 1.1.2018 income tax system of the natural persons was reformed and the basic exemption deductible from the income of a resident natural person is now dependable on the size of income. The size of it is 6000 euros in a year, but if one’s income exceeds 14 400 euros in a year, then every next euro reduces it. When yearly income reaches 25 200 euros, the basic exemption is 0.

Employers and employees also have to pay Estonian social security contributions. There are 3 of them: a social tax (sotsiaalmaks), an unemployment insurance premium (töötuskindlustusmakse) and a contribution to mandatory pension fund (kohustusliku kogumispensioni makse).

Social tax is entirely employers obligation, tax rate is 33% and the tax base is payments to employees (i.e. wages, incl. payments of remuneration to the members of the board, etc.).

Unemployment insurance premiums are divided into two: employer’s premium’s rate is currently 0,8% and employee’s premium’s rate is currently 1,6%. Tax base coincides with social tax. Employer has to withhold employee’s part from his wage. Insurance premium is deductible (from employee’s income) for income tax purposes. Employer’s premium is calculated like social tax. Rates are being looked over yearly. Members of the board and council are not insured and the Unemployment Insurance Act doesn’t cover them.

A contribution to mandatory pension fund is withheld from wages and it is deductible (from employee’s income) for the income tax purposes. Tax rate is 2% and tax base coincides with social tax, but unlike social tax and unemployment insurance, it doesn’t cover non- residents, but unlike unemployment insurance, it covers members of the board and council.

From 1.1.2021 an obligated person has the right not to make a payment (contribution) if he or she submits an application for exemption from making the payment.

Estonia has a Reciprocal Agreement with Australia, Belarus, Canada and Ukraine and EU countries (EU law covers) whereby when an overseas national of those countries is seconded to the Estonia for a defined period of time and continues to pay social security contributions in their home country, then the employer and employee are exempt from paying Estonian social security contributions.

What is Value Added Tax (VAT) and should the business be registered?

VAT is a “goods and services tax” on supplies made, the standard rate of which is 20%. If a business makes taxable supplies in excess of 40 000 € in 12 months as calculated from the beginning of a calendar year, then it MUST be registered for VAT.

There are three types of supply:

The supply of most types of goods and services in Estonia would be classed as Taxable supplies. However when these supplies are made to companies which are outside of the Estonia, advice needs to be sought as to what rate of VAT, if any, to use.

If a Estonian entity sells goods (e.g. export) or provides services to its non EU parent then there is no VAT chargeable (0% rated) on this overseas supply, however on the basis that the supply would be VAT’able if made in Estonia then the entity will be able to reclaim all its input VAT.

Can we provide Share option plans to our staff?

Many companies see Share Option plans as being an important way of attracting, motivating and retaining key staff.

Estonia has a number of “approved” share option plans which give tax benefits to employees and employers alike and it is often possible to adapt an overseas stock option plan to fit into one of these “approved” plans.

However this is a very technically complex area and careful planning needs to be undertaken as soon as share option plans are being considered for implementation in Estonia.

How else can we compensate our employees?

Estonia has a very narrow range of compensation and benefit options available for companies to offer their employees.

Kreston International Limited is a global network of independent accounting firms. Offering reliable and convenient access to efficient and seamless advisory and assurance services through member firms located around the globe, Kreston:

Our members are accustomed to working together to deliver cohesive international solutions to ensure clients receive the highest quality of expertise available in their respective countries. Beyond assurance, quality and experience, clients will enjoy the unique synergy that stems from the trusted relationships that Kreston members have created globally and which support the consistent delivery of exceptional international service.

This information is provided for guidance only and is not a substitute for professional advice. Neither Kreston International Limited nor its member firms accept any liability for any loss arising as a result of actions taken or not taken based on the information contained in this document.

The information in this document was prepared as at 1 January 2022.

This site is registered on wpml.org as a development site.